“I shouldn’t hold in my anger. It’s healthy to vent and let it out.”

While it’s true that curbing and ignoring your anger is unhealthy, venting is no better. We all know what anger is, and we’ve all felt it- whether as a short-lived annoyance or as a full-fledged rage. But it is not something you have to “let out” in an aggressive way. Outbursts and rants only add fuel to the fire.

Anger is a completely normal, usually healthy, human emotion. But when it gets out of control and turns destructive, it can lead to problems— at work, in your personal relationships, and can malign the overall quality of your life.

If you learn how to deal with your anger, you’ll look somewhat like this…

In this blog, we’ve compiled few tips that can help you in managing and controlling your anger. We’re not guaranteeing you won’t still be in a bad mood, but you’ll be less likely to act in a way you might regret.

1. Understand and Accept Your Anger-

It’s normal to get angry and it happens to everybody. All of us have the ability to accept these emotions and look at what our anger moods actually mean.

One is more likely to behave and feel angry when surrounded by worries. So it’s better to avoid conversations that can make you angry especially when you are feeling tired, stressed or distracted.

Try to reverse the physical symptoms of anger by practicing some simple breathing exercises that can help you to relax and slow your heart rate to normal levels. Apart from breathing exercises, you can imagine a relaxing scene or repeat a calming word or phrase like “Take it easy”.

It is easy to use inappropriate sarcasm when angry- resist the temptation to do this and instead start working on introducing some good humor into potentially difficult conversations. Lightening up can help diffuse tensions.

For example, imagine that you’re angry because your teacher has been discriminating between you and your classmates lately. As a result, your academic performance is weak.

To handle this situation, you think, “Wow, he must have been waiting months for the opportunity to mess up with my mind. Everyone in the class probably planned this, and they are probably sending him updates about how angry I’m getting.”

Everybody is different and we cannot alter perceptions, feelings and behavior of others. It’s better to be realistic and accept the fact that people are the way they are and not how you want them to be. Holding a grudge against someone will only increase your anger.

Anger tends to bring out arduous tones in people and once it gets under way, it can be difficult to go back on. But if we look at these instincts through another lens, we can train our responses to be more productive.

When you have something negative to say to a person, talk to someone else about it first (and by “someone” I mean a close friend or equivalent that’s trustworthy enough!). Give it time to let the perspective set in.

We all run into people who tend to annoy and irritate us- and for some people it can happen daily. But instead of expressing and shutting someone off, there are certain ways to ward off the frustrated feelings- 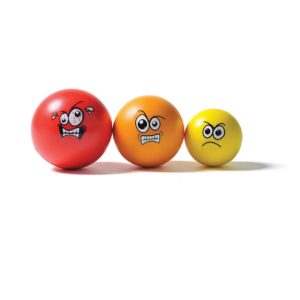 If various techniques aren’t working and impulsive anger is affecting your day-to-day life, you may want to consider going to a General Practitioner for advice or seeking help from a counselor.